Gender diversity in jazz has always been high on the agenda for Tomorrow’s Warriors and this is an area in which our organisation excels.

If you are a female musician aged 15-25, then as well as our regular sessions, you can join in sessions offered exclusively to members of our Tomorrow’s Warriors Female Collective.

The Collective focuses on developing girls and young women into strong, confident players and preparing them for careers as professional jazz musicians.

In 2011, we initiated separate development sessions for our female musicians – additional to our main programme – to specifically address the imbalance in the number of women achieving success in the music industry, particularly female instrumentalists. So our aim has been to create a supportive, creative environment in which girls and young women will not feel intimidated or discouraged by any perception of jazz as a uniquely masculine art form. 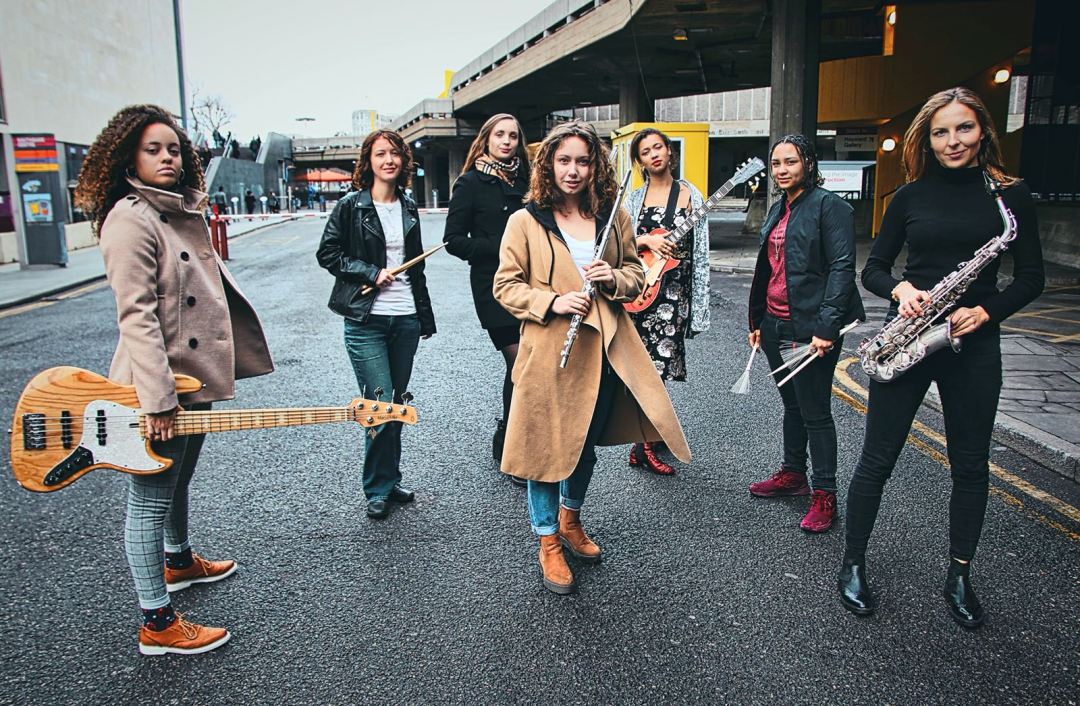 As a member of the Collective, you will benefit from opportunities to work in a small band setting, focusing on developing soloing skills, ensemble playing and band leading. The Collective is mentored by music leader and saxophonist, Aleksandra Topcewska who is herself a graduate of the Tomorrow’s Warriors development programme.

Many members of the Collective also attend our Youth Warriors development group led by Binker Golding, and participate in performances by Tomorrow’s Warriors Youth Orchestra and our other ensembles.

Alumna of the Female Collective, Nérija, have been signed to Domino Records (label for major acts Franz Ferdinand and Arctic Monkeys) in 2018 and are successful musicians in their own right, with many acting as band leaders for their own projects. The band’s tenor saxophonist, Nubya Garcia is a case in point, having stormed the US when, in 2018, she appeared at the influential SXSW music festival and conference along with fellow Tomorrow’s Warrior graduates, Joe Armon-Jones, Ezra Collective, and more!