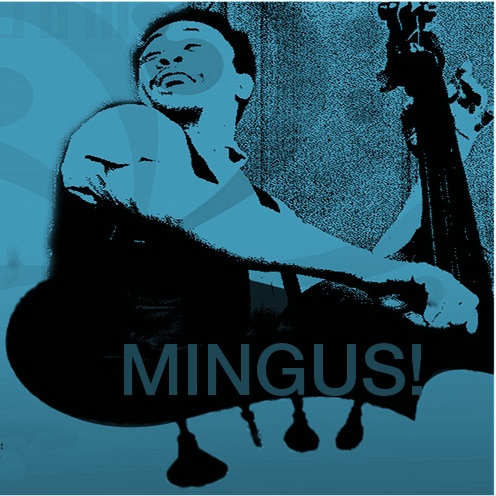 Oooh, can’t wait to see Tomorrow’s Warriors in action this Friday at Southbank Centre as part of this year’s London Jazz Festival. Our festival theme, chosen by TW Artistic Director Gary Crosby, is the music of Charles Mingus. So, we asked, what might audiences expect?

An abundance of music written for the occasion by a specially convened ensemble – handpicked from our current cohort of young musicians – dealing with matters of love, death, mythology, folklore, and loneliness, interspersed with spoken word and dance!

FRIDAY 22 NOVEMBER 5.30pm Front Room at Queen Elizabeth Hall – just be there! Why? Because….

Tomorrow’s Warriors alumnus, saxophonist and composer, Binker Golding – assigned as group mentor for our Warriors concert programme – has created a special dance piece that will receive its premiere at the festival, choreographed and danced by former Warrior, Tyrone Isaac-Stuart. Our young composers Inga Eichler (double bass) and Cassie Kinoshi (alto saxophone) have created new, original pieces in response to the theme – including a piece with words by Langston Hughes. They’ve also arranged some of Mingus’ music including Open Letter to Duke and the hard-hitting Better Git It In Your Soul.

They’ll be joined by the wonderful young vocalist Cherise Adams-Burnett in a series of songs written/influenced by Mingus, including Joni Mitchell’s standout version of Goodbye Pork Pie Hat. Also spotted in the lineup are Dylan Jones (trumpeter from our award winning Ezra Collective), and Shirley Tetteh from Gary Crosby’s new band, Groundation.

And if this isn’t great enough to sate your passion for Mingus, you can continue your evening in the company of the fabulous Nu Civilisation Orchestra conducted by Peter Edwards as they celebrate the 50th Anniversary of Mingus’ The Black Saint And The Sinner Lady – ‘one of his most enthralling works’ (Richard Williams, The Guardian) in the Purcell Room at 7.45pm. Three ‘Lords of the Lower Frequency‘ – Gary Crosby, Dave Green and Peter Ind – open the concert with a special set celebrating the double bass. Preceding this is a pre-concert talk with the three Lords hosted by journalist, Kevin Le Gendre.