Bridge To Our Memories: About The Composers

Tomorrow’s Warriors is committed to ­nurturing the next ­generation of ­outstanding jazz artists and music ­leaders. Bridge To Our Memories is the result of the introduction of an exciting new ­commissioning strand in our ­Learning ­Faculty ­Development Programme, which empowers artists on our faculty to respond ­individually and collectively to a creative brief to devise new music for youth ­orchestra and big band. In addition to the commissions, our five ­composers receive ­bespoke ­one-to-one ­mentoring by ­leading composers of their choice.

In preparation for the BBC Radio 3 Jazz On 3 broadcast scheduled for 4 May (and on iPlayer for 30 days afterwards), we thought you might like to have a little background information on our composers…

Yazz Ahmed, burst onto the scene with her 2012 release, Finding My Way Home. She has led her own bands in leading London venues including Ronnie Scotts and Queen Elizabeth Hall, and works extensively with Arun Ghosh and These New Puritans. She has ­received three commissions from Tomorrow’s Warriors – the first was in late- 2012 for an international collaboration, Interplay with UK and Swedish musicians; then in March 2015, Polyhymnia, commissioned for premiere at the Women Of The World Festival; and now Bridge To Our Memories. She will also deliver a major new work for Jazzlines in ­Birmingham at the CBSO Centre in late 2015. Yazz is an Associate ­Musical Director of the Nu Civilisation Orchestra, and member of the ­Tomorrow’s Warriors guest faculty.

Benjamin Burrell An alumnus of Tomorrow’s Warriors, pianist Benjamin Burrell studied jazz at Trinity College of music and has played alongside many of the UK’s top jazz ­musicians. He is a permanent member of the acclaimed Jazz ­Jamaica All Stars, and has toured/recorded with Cape Verdean singer ­Carmen Souza. Benjamin is Assistant Musical Director for Memphis The ­Musical currently showing at the Shaftesbury Theatre in the West End. Bridge To Our Memories marks his debut as a big band composer- arranger. Benjamin is a core member of our Learning Faculty and Musical Director of our Junior Band. 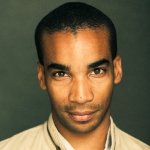 Peter Edwards is a pianist, composer and bandleader whose guileless, soulful music…[is] full of emphatic chording, Latin grooves and romantic, cinematic themes (Guardian). He was nominated for the MOBO Best Jazz Act Award in 2014 and, in 2015 was awarded the Jazz Newcomer at the Parliamentary Jazz Awards. Peter has been part of Tomorrow’s ­Warriors since 2003 when he joined us as our first office intern. He currently leads his own Trio, and has toured and recorded with fellow TW alumnus, Zara McFarlane. Peter has grown into a leadership position as Musical Director, first of TWYO, and then of our Nu Civilisation Orchestra. He is also a core member of our Learning Faculty.

Binker Golding An alumnus of Tomorrow’s Warriors, Binker Golding is a saxophonist, composer and conductor with a musical background in both classical and jazz music. His body of work includes a number of suites for jazz big band, pieces for violin and piano, wind ­quintets, solo piano and other miscellaneous chamber works. He studied composition with Nikki Iles, Scott Stroman and Nicholas O’Neill, and conducting with Scott Stroman and Paul Sarcich. His primary influences as a composer include Conlon Nancarrow, Django Bates, Malcolm Arnold and John Taylor. Binker is a core member of our Learning Faculty and Associate Musical Director of TWYO and Nu Civilisation Orchestra. Nathaniel Facey Nathaniel is a Tomorrow’s Warriors stalwart who graduated from our Young Artist Development Programme with the cohort that went on to become the

Nathaniel Facey Nathaniel is a Tomorrow’s Warriors stalwart who graduated from our Young Artist Development Programme with the cohort that went on to become the multi award-winning band, Empirical. He studied at the Royal Academy of Music on the BMus Jazz course, tutored by Iain ­Ballamy and Jean Toussaint, and led jam sessions at the Jazz Café for Tomorrow’s Warriors for whom he is now a music leader and mentor on the core Learning Faculty, and Musical Director of TWYO. As co-leader of Empirical, he has recorded five studio albums and won ­several awards including the 2010 MOBO Jazz award. Nathaniel is a member of Gary Crosby’s Groundation, and has also played alongside leading jazz ­musicians Jack Dejohnette, Jason Moran and Wynton Marsalis.

Well done one and all!

If you’re interested in our work and would like to know how you can support this or any other strand of our activities, we would love to hear from you.

2 thoughts on “Bridge To Our Memories: About The Composers”